Our 2020 Members’ Night was a non-stop sharing of treats and treasures to warm the heart and stimulate the mind. 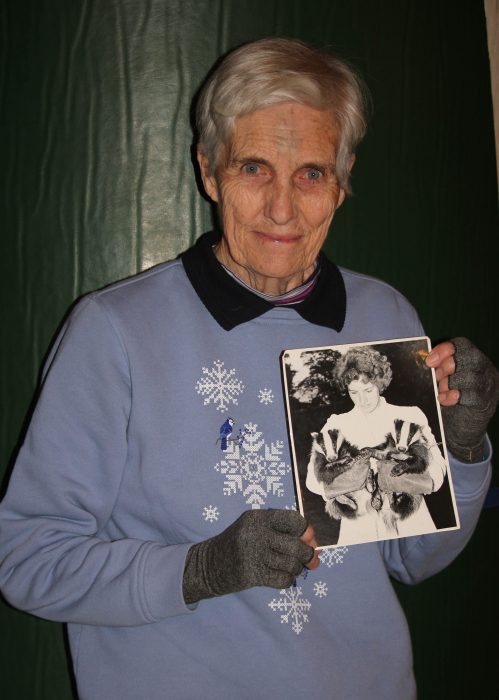 One early “gift,” a framed photo from the 1950s, showed a gloved-to-the-elbow Ann Lambert cuddling two young badgers. Remember Michael Runtz mentioning at our AGM his delight in finally encountering an American Badger and how its large, wide claws reminded him of those owned by Wolverine in the X-Men movies!

“As badgers are primarily nocturnal and shy creatures, we were privileged to watch one at a close range for a considerable length of time,” Michael noted.

In 1950s England, Ann had a rare experience looking after two cubs.

The photo was taken in Plymouth, England around 1955, Ann recalls. “I was known to be very interested in badgers and badger watching — going out to watch them at their sets all the time. The mother of the two cubs was killed and the local naturalist knew I was a badger enthusiast so contacted me and asked if I would like to look after them. I jumped at the idea!!”

“We had an empty chicken house which we made badger safe,” Ann continues. “I used to walk them on collars and leashes up the road and around our garden. When they got too big a farmer my father knew offered to have them come to his farm. He had a set on his land. I don’t remember being nervous! I was so excited to have them.”

Ontario is home to a small population of North American Badgers. They are considered to be an endangered species, having been listed as a Species-at-Risk by both the Provincial and Federal governments. It is estimated that there are fewer than 200 badgers in the province. 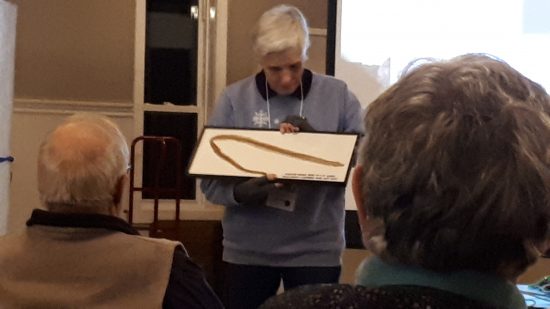 Ann also displayed a framed snakeskin at the meeting. “The snakeskin was 29 1/2″ long and probably a female as it was so long,” she notes. 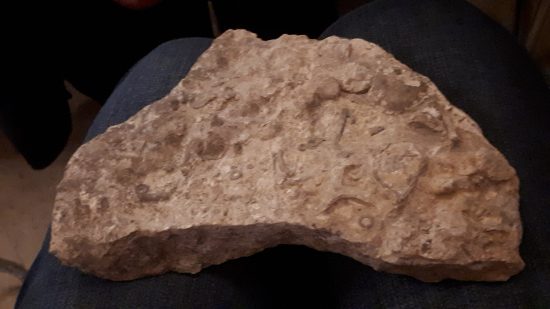 The third item Ann showed us was a fossil with the distinctive imprints of brachiopds, trilobytes and the like, all found near her home in the area of McLaren’s Landing. “We have a rock cliff on our property, says Ann, and as they weather the fossils turn up.”

Jeff Skevington, who helped immensely deciphering sightings and adding depth to other reports during the meeting, also contributed photos of uncommon sightings as well as a series showing “who-was-the-eventual-winner” in an ermine and rat basement encounter. 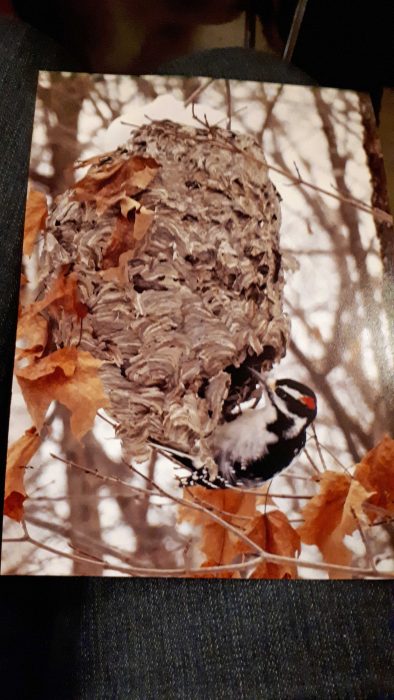 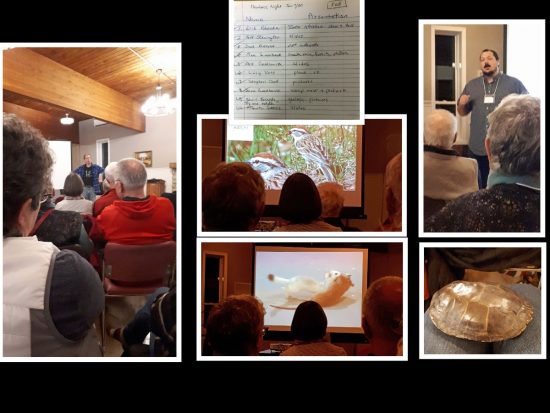