The comeback of elk in Ontario

As part of a provincial restoration effort, 120 elk acquired from Elk Island National Park (EINP) Alberta were released during 2000 and 2001 near the town of Bancroft, Ontario.

In early 2015, CBC news reported that Wild Elk had been making a comeback in Ontario since being re-introduced in the early 2000 and that more and more of them had been spotted east of Ottawa in the Clarence-Rockland area; while some wildlife enthusiasts were pleased to see the elk, some farmers considered them a nuisance.

CBC contacted Michael (Mike) Allan, a wildlife research technician for the Ministry of Natural Resources and Forestry, who reported that these elk were likely from the herd re-introduced to the Bancroft area, where their population had grown and some of them have dispersed to new territory. Mike, the speaker for our April 6 meeting, did his MSc these on the habitat characteristics and philopatry* of the restored elk herd.

*the tendency of an organism to stay in or habitually return to a particular area.

While elk have been his focus, he has conducted wildlife research on many species of animals including big game – elk, moose, deer, caribou, black bears, polar bears and wolves. Dig deep and you’ll find a 2008 photo of him preparing firearms for Polar Bear safety training on Akimiski Island in James Bay, where, it was mentioned, up to 50 bears summer.

We’re in for an interesting talk! 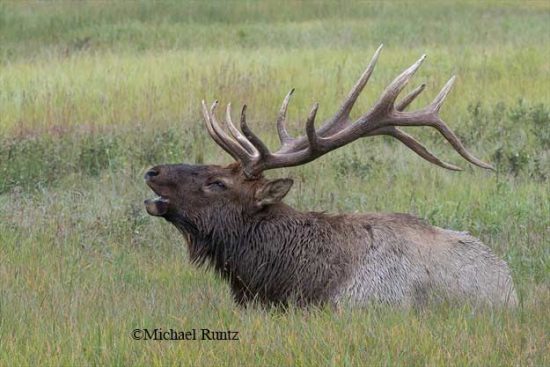