The day of our June meeting, Linda Lackner told us about a snapping turtle that had chosen the sand trap at Eagle Creek golf club for her egg laying. Susan Dodge captured the scene with a photo. Recommendations on how to protect the turtle were forthcoming i.e. putting a wire cage around the site until late September, with holes large enough for the young to get through after hatching. Having someone move the eggs was a less-likely option. As of June 6, the turtle was still there. 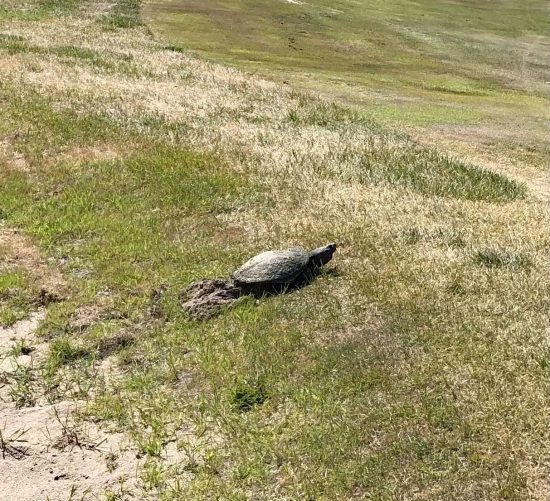 The Lawrences get to watch turtles from their Dunrobin home;

Ritchie Lawrence shared this photo of basking map turtles and a painted turtle on the Ottawa River. 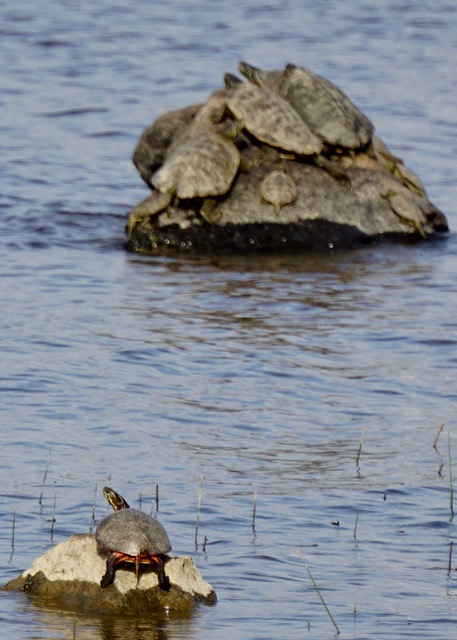 Michael Runtz had an exciting plant discovery to report: a Carex prasina/drooping sedge found on the Macnamara Trail by Owen and David Ridgen. The sedge, which likes seepage areas such as that found along creeks, was one of 20 species of sedges counted when Michael and the Ridgens walked the Macnamara Trail in late May. 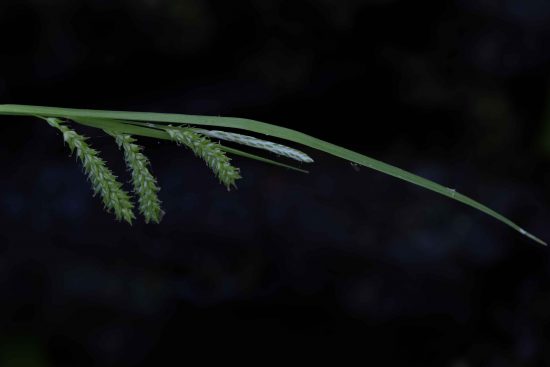 The mention of cuckoos on the trail also generated some buzz. Janet McCullough and other visitors to the trail have heard their unmistakable song and Michael has since returned to photograph a Black-billed Cuckoo there. 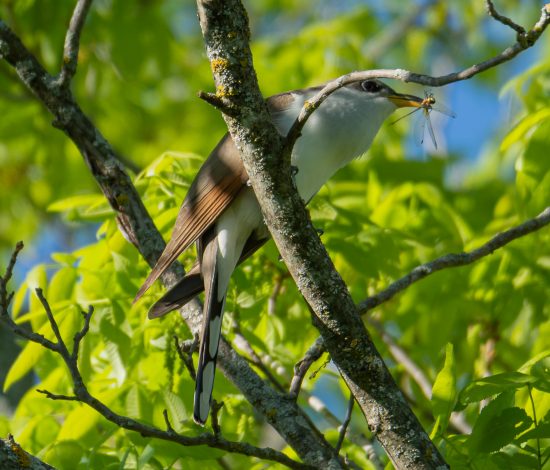 On May 24, another cuckoo — a Yellow-billed Cuckoo, a more southern bird and a rare visitor here —was seen and photographed at High Lonesome, Pakenham, by Arlene Harrold

What’s behind the cuckoo visits… Michael suggests a tie-in to the influx of Gypsy Moth (LDD) caterpillars dropping in masses from leaves. Sadly, spraying affects a lot of the lepidoptera species (moths, butterflies and skippers). 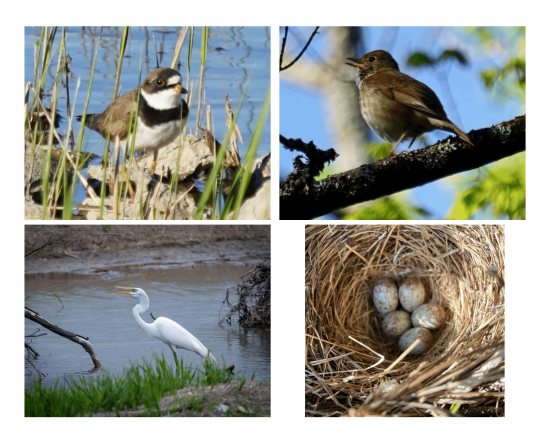 Ritchie Lawrence photographed a Semipalmated Plover on May 24 on the Ottawa River; Linda Lackner saw some 50 or so Black-billed Plovers on May 25 and another 15 on June 1.

The Lawrences have been admiring the lovely “flute” song of a Veery on their Ottawa River property; recent visitors to the Macnamara Trail also mentioned their presence there.

Ross Macdonald shared a photo of a Great Egret, fish-in-mouth, taken May 26 on Moodie Drive near Corkstown Road. Great Egrets were first sighted locally in 1967, noted Michael. They’ve been extending northward since then, he continued, and it’s not uncommon to see some 20 or so at Shirley’s Bay

On May 18, grass hanging out of a dwarf Alberta Spruce on her Carp Road North property led Linda Sewell to discover a nest with five mottled Song Sparrow eggs. The colouration happens from little jets of colour triggered as the eggs near the exit point, Michael noted. 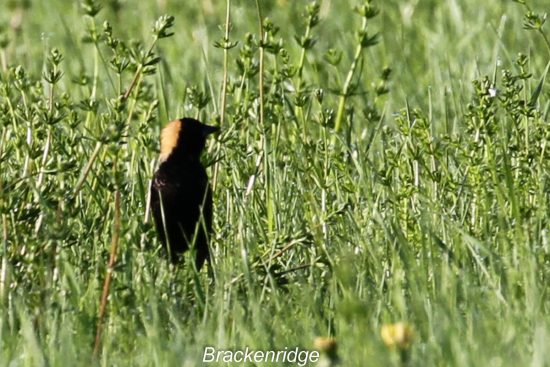 Ann Lambert saw both male and female Bobolinks on May 19 near McLaren’s Landing. 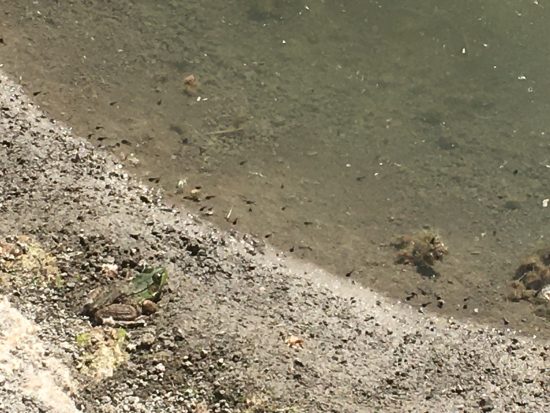 On May 2, Alberto Suárez-Esteban photographed a green frog in his farm pond, along with hundreds of tadpoles. 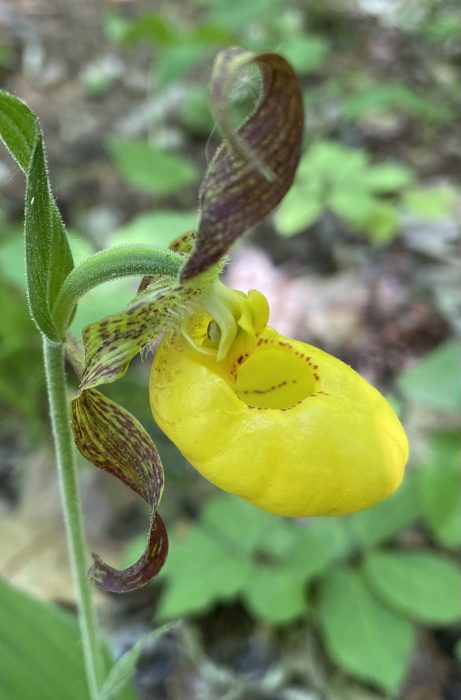 On May 30, Linda Sewell found Yellow Lady-slippers at the Morris Island Conservation Area (MICA). Michael noted how it was a great year to find the large variety along the Macnamara Trail.