An Iceland Gull, female Red-breasted Merganser,  Hoary Redpoll, Carolina Wren, Pine Grosbeaks, White-winged Crossbills and a rather late November 4, 2020 sighting of Greater Yellowlegs were some of the highlights recorded in the local sightings reported by members at our December meeting. Thanks as well to our other members such as Norah Hillary and Jean Seguin, who also contributed sightings.  Monique Boivin’s sightings of a Tundra Bean Goose in Sarsfield, Ontario, on November 17 and a Black Vulture in Alcove, Quebec on November 21 were of note but out of our recording area.

A 2nd year Iceland Gull (with Herring Gull) was seen by Michael Runtz along with a female Red-breasted Merganser on the Madawaska River in Arnprior. 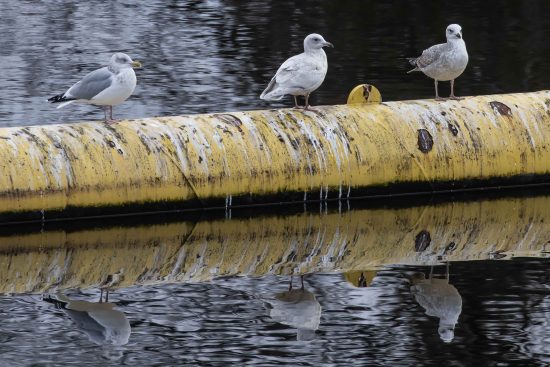 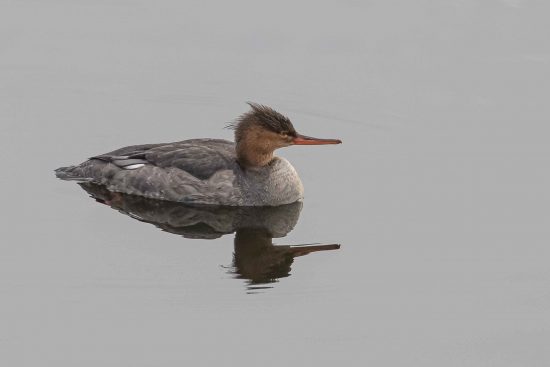 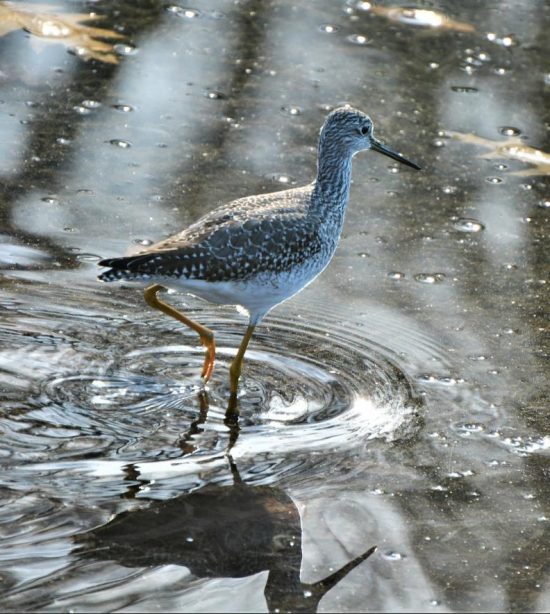 Stephen Duff had a Hoary Redpoll on Needham’s Side Road and a Horned Lark on the Huntline Road. In one of his Facebook posts, Michael Runtz notes: When you see a flock of redpolls, look carefully in it for a pale or “frosted” individual. That bird is likely a Hoary Redpoll, which nest farther north than most Common Redpolls, and are usually seen in our area only when there is a large movement south of Common Redpolls. 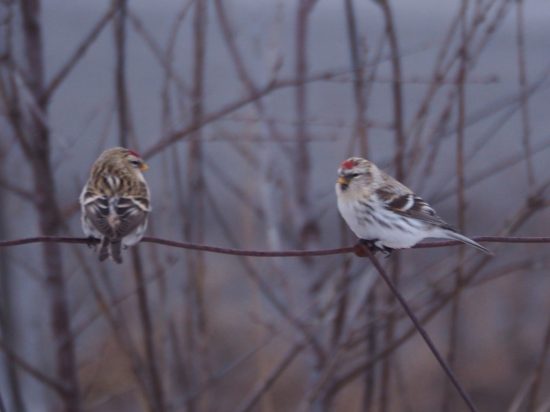 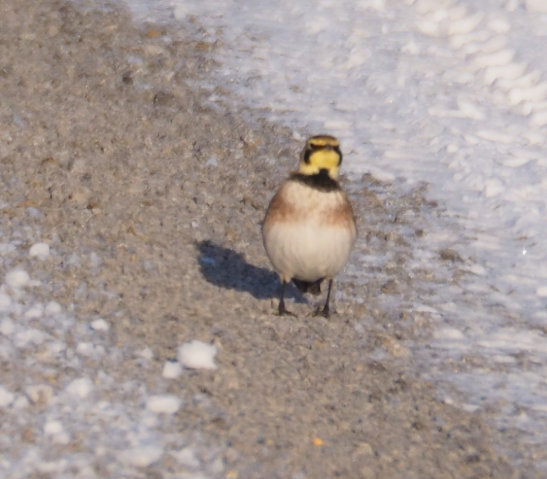 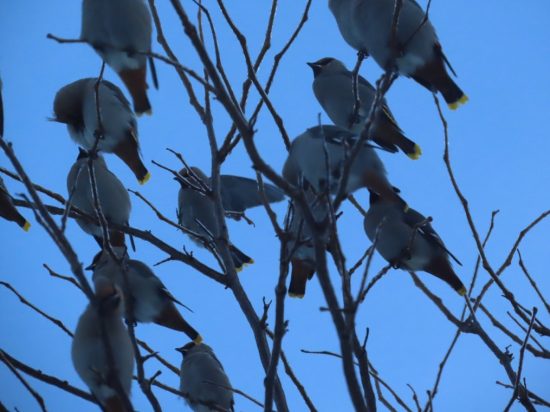 In Dunrobin, Maureen Carrier had a huge flock of Snow Buntings (800), some Common Redpolls, White-winged Crossbills and Pine Grosbeaks.

Susan Dodge showed a picture which was identified as the pupal case of a silk moth, probably for an overwintering Cecropia moth. 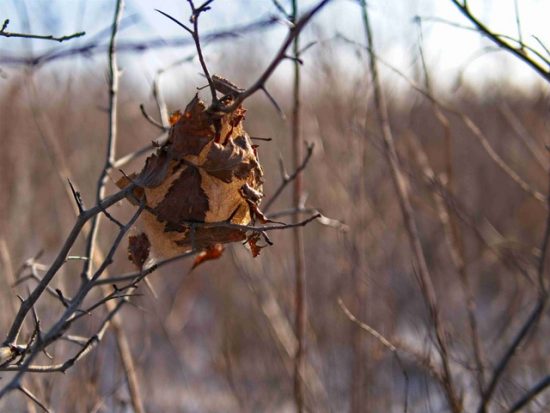 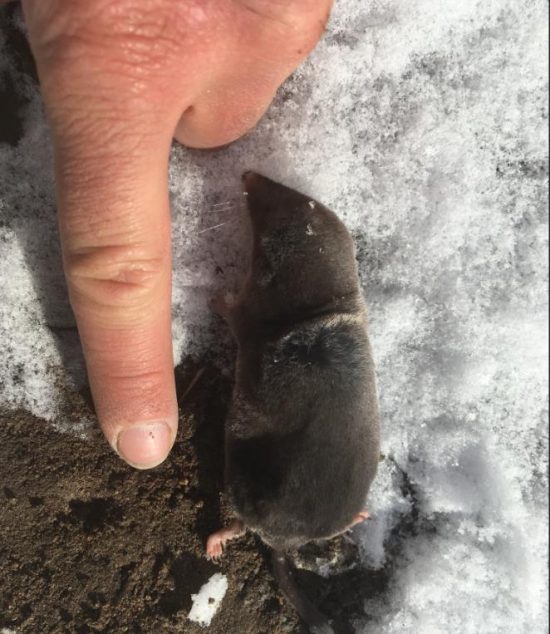 Thanks as well to other members who also contributed sightings: Norah Hillary and Jean Seguin, Judy and Murray Borer.  Compiled with thanks to Maureen Carrier and John Lawrence.