Ungulates in the wilds of Ontario 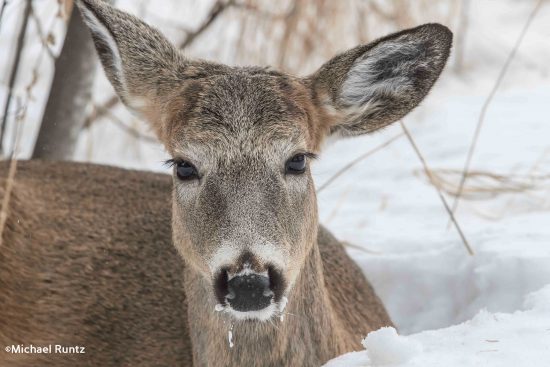 Add to the mix his delivery of an interesting topic — Impacts of Climate Change on Ungulate Populations (mammals with hooves i.e. elk and caribou) —and you’re in for a winning evening. That’s if you attend the October 1 meeting of the Macnamara Field Naturalists’ Club, where Mallory will be the guest speaker. Mallory will also be bringing skulls of animals he’ll be discussing i.e. a wolf, moose, elk and lynx.

It’s tough enough for ungulates in the wild to meet their day-to-day needs to acquire food and avoid predators; climate changes that bring fire, drought and insect infestation add another shake of the dice, affecting them as well as their predators.

Management of the forests where many of them live is also a balancing act for those charged with the task— sustainable forest management creates outcomes that are socially just, ecologically sound and economically viable (the three pillars of sustainability)  and *evaluated site by site, and all timber and wildlife objectives considered. *Province of BC Ministry of Environment and Ministry of Forests.

Mallory’s knowledge of forest management, metapopulations, conservation and behavioral biology all tie in with the above.

Sometimes his ungulate studies lead him on other paths of discovery.  An example: because the main food for Cougars is elk, he gets called upon to investigate cougar sightings in areas where elk have been released and built up population, as in the Sudbury area.  A 2012 study confirmed the presence of a single Cougar occurring in the wild in Ontario and supported the hypothesis that the distribution of the Cougar has moved northward in recent times, approximating the line of continuous clear-cut, as have their primary prey, the White-tailed Deer.

Find more information on the Club and its activities at mfnc.ca.