After a one-week delay waiting for our Canadian Winter to cooperate, ten participants had a sometimes blustery but not overly cold outing with Karen Krueger through some of the park.  We lost a group of three early on as they wisely managed their own endurance level.  I did not think I would make it far either but managed in the end by going at an easier pace and taking the option of the alternate paths that Karen pointed out. I will re-evaluate the level of difficulty on this one for next year (which Karen has kindly agreed to lead again in 2023).

Most participants were on snowshoes, while others managed well without.  We were led along a route that Karen uses to refill bird feeders that her neighbour has installed in the park.  Most of the trail had already been opened by others the previous day after the latest snowfall.  A few largely respectful snowmobilers passed us on the wider trail. On the smaller trails through the woods, we were well sheltered and were able to enjoy the birds that came to the feeders.  We had a discussion of a pattern for bird feeder made from a recycled Folger’s coffee can.  While the coffee apparently is not very good, the can makes an excellent feeder and Karen Bonnell would be happy to take donations of the can to craft them.

I did almost have to report to the Board of Directors the loss of two members, but our intrepid fellow hikers who decided to take the long way back, rejoined the group at the bridge much to the relief of the wife of one of them.  (At least I think she was happy and that the discussion about collecting insurance was a joke 😉.)  There were no otters, or their air holes seen from the bridge where we waited.  I remembered seeing them there many years ago while on an outing here with a longer-standing club member.  Maybe we’ll see them next time.

A big thank you to Erik Pohanka for keeping the eBird list for us.  He reports that we had 8 species of birds:  Pileated Woodpecker, Blue Jay, American Crow, Black-capped Chickadee, White-breasted Nuthatch, European Starling, Common Redpoll (which was a surprise to Karen in that location) and American Goldfinch.  You will find Erik’s photos of some of these birds along with towering Eastern White Pines, fruit of the Staghorn Sumac, frozen waterfalls on the Terraces Trail, a view of the Carp River from the bridge and a sweet-looking American Red Squirrel along with other photos at the end of this blog.

A big Thank You again to Karen Krueger, all the wonderful participants and Karen’s dog Max who was not on the outing but afterwards paid Erik a visit in the parking lot where they became fast friends. The park was lovely and an outing there at another time of the year might well be in order. 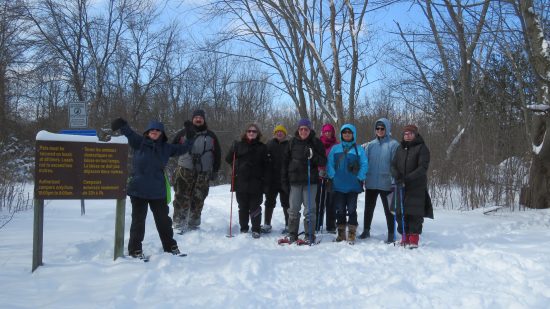 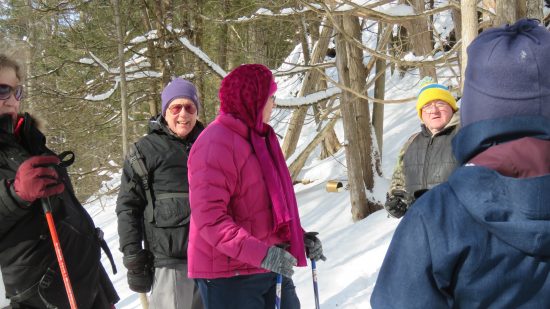 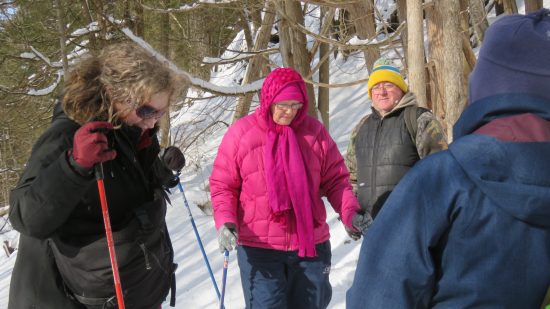 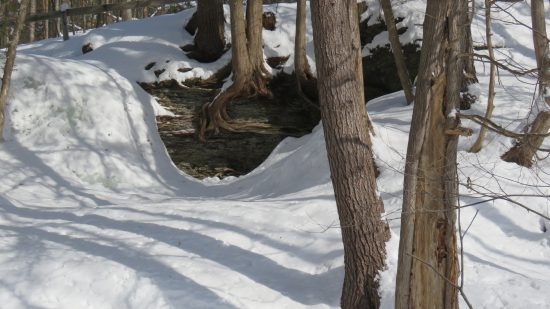 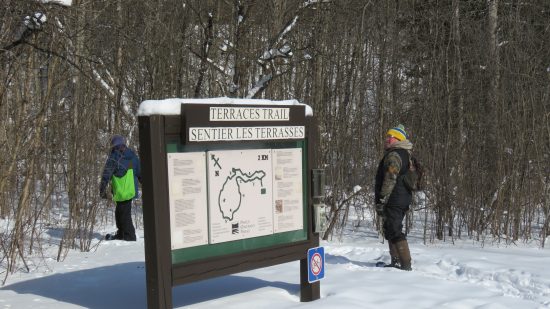 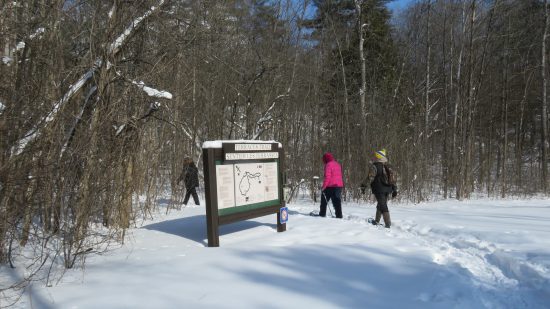 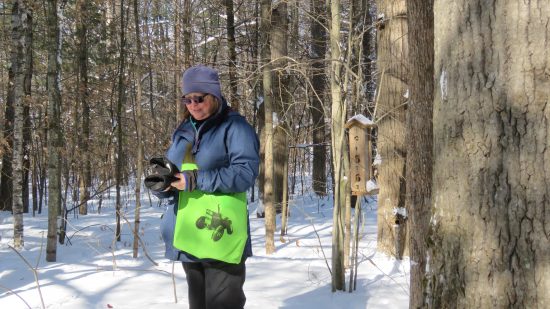 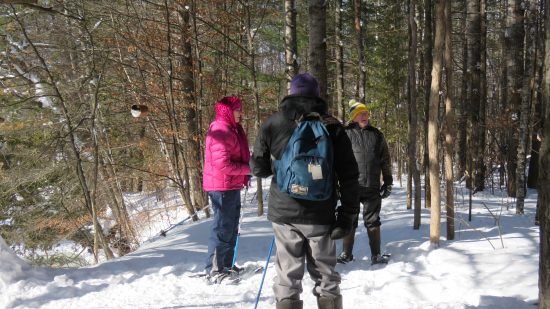 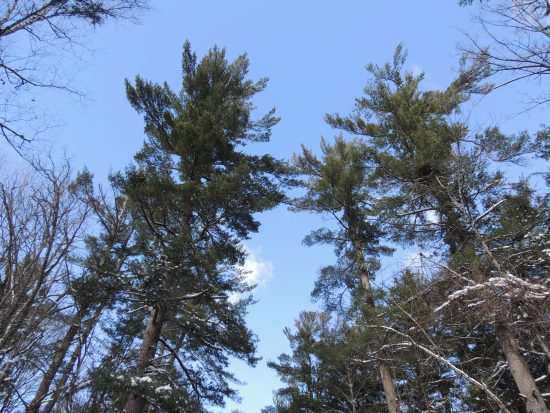 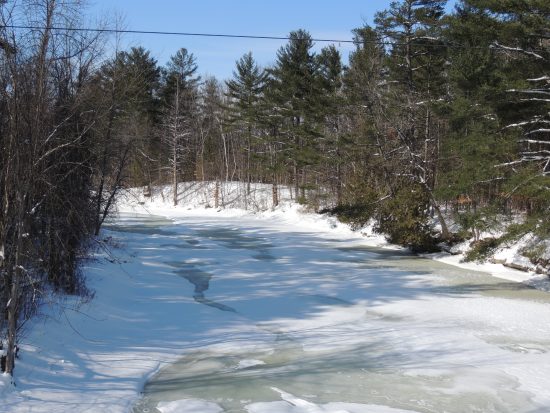 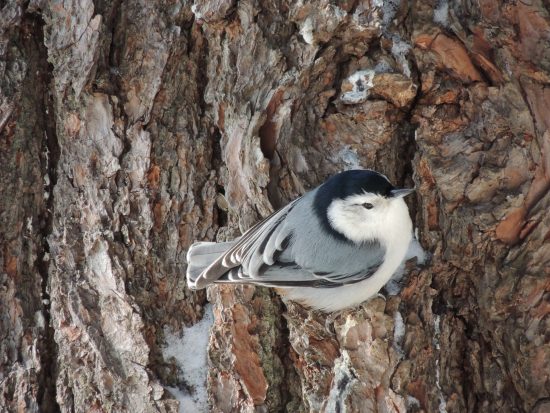 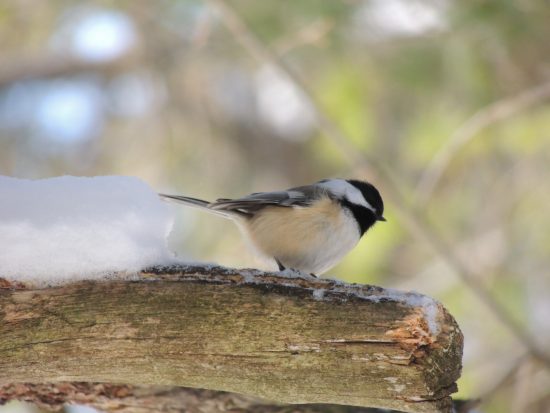 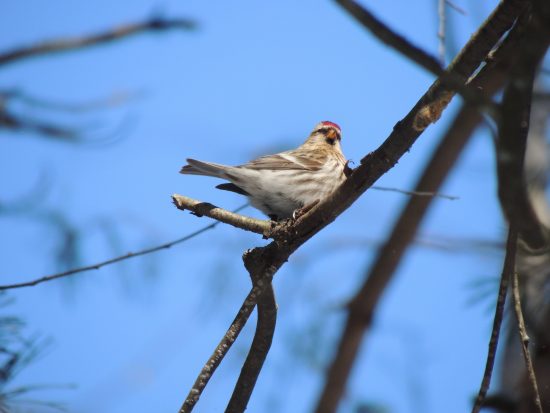 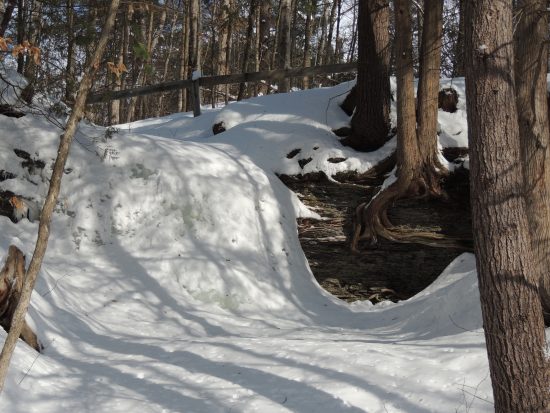 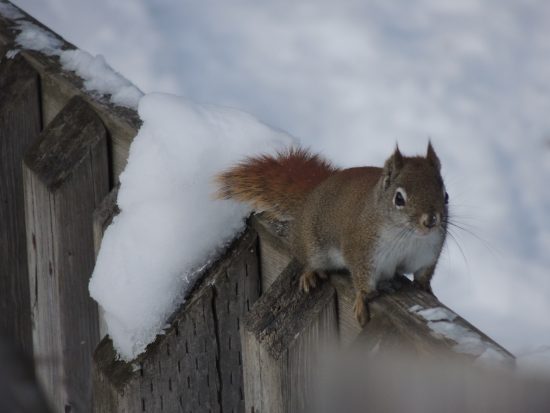 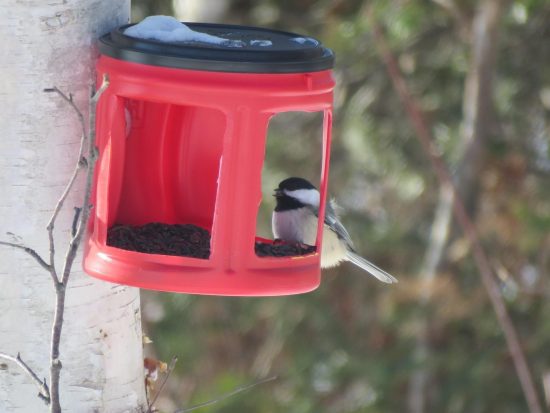 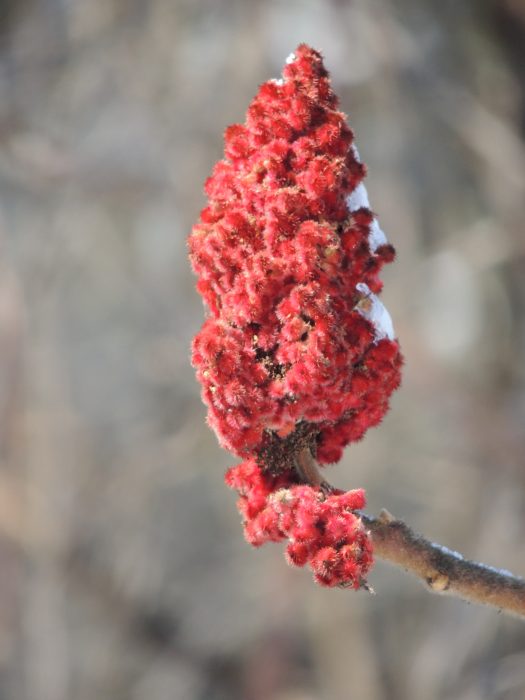 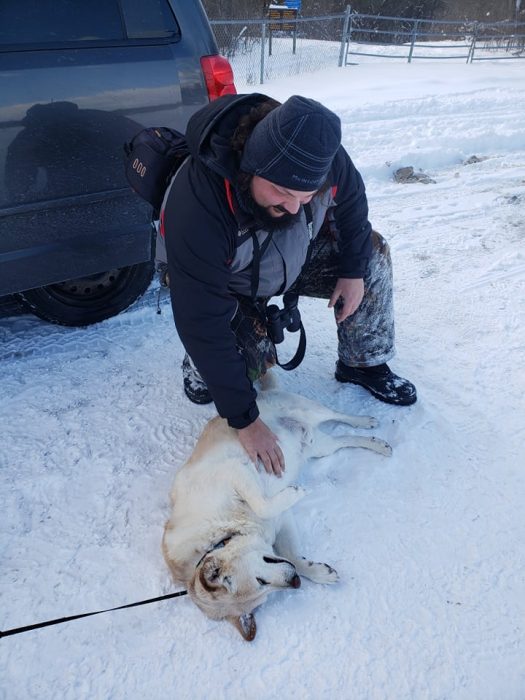 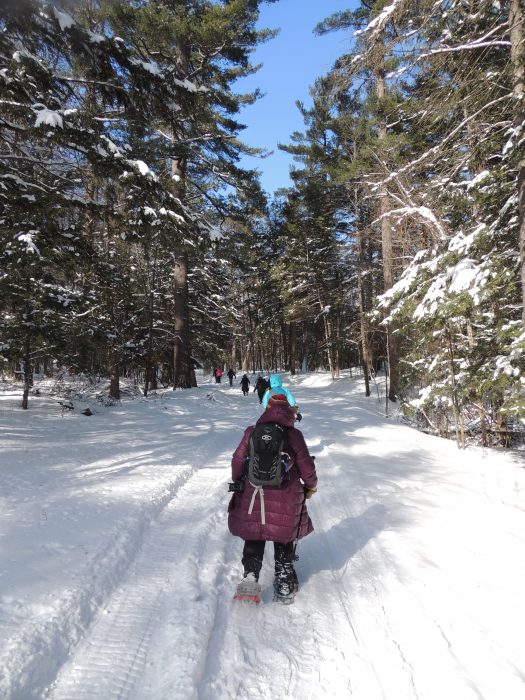 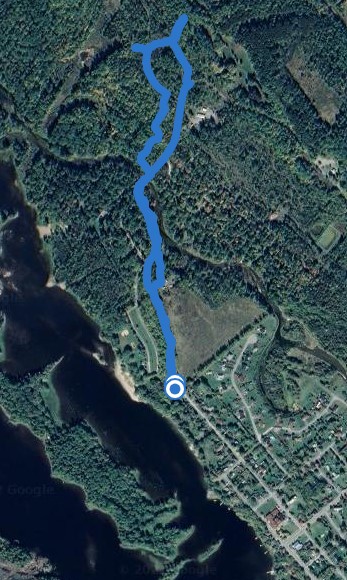