Participants had a lovely day for a winter car birding outing with Michael.  It was an excellent familiarization tour of the local hotspots in the Arnprior area and I hope that participants were able to revisit those areas to assist with the Packenham-Arnprior bird count on Boxing Day.

Other than the quick side of the road stops, we made a total of four more official stops and spotted a total of twenty-eight species of birds.  There were seven species of waterfowl including all three species of Mergansers (Common, Hooded and Red-breasted).  The female Hooded Merganser was an unexpected find and Michael believed it had an issue with its wing that prevented it from leaving the area.  The water where she was located was still open and she was actively feeding.

We saw corvids (American Crow, Common Raven and Blue Jay) and saw or heard woodpeckers (Pileated, Hairy, Downy and I will include White-breasted Nuthatch here).  Many of the expected winter birds (Dark-eyed Juncos, American Tree Sparrows, 600 Snow Buntings and even a Horned Lark amongst one of the Bunting flocks) were seen as well as many other birds commonly seen throughout the year (Northern Cardinal, Black –capped Chickadees, American Goldfinch etc.)

We did not see the Peregrine Falcon which has been roosting on the Catholic church in town and only two raptor species (Red-tailed Hawk and Bald Eagle) were spotted on the remainder of the route.

The Belted Kingfisher and the Common Goldeneye were particularly fun to watch from the Arnprior boat launch.

We hope everyone enjoyed the outing and benefitted from Michael’s depth of knowledge of the birds and the areas around Arnprior which they frequent.

The eBird lists for the outing can be found at:

A big Thank You to Michael and all the participants.

My apologies for the delay in submitting the blog. 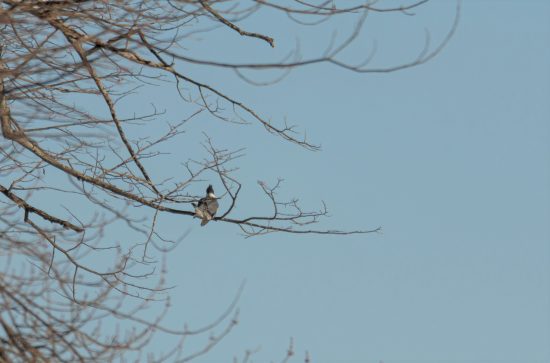 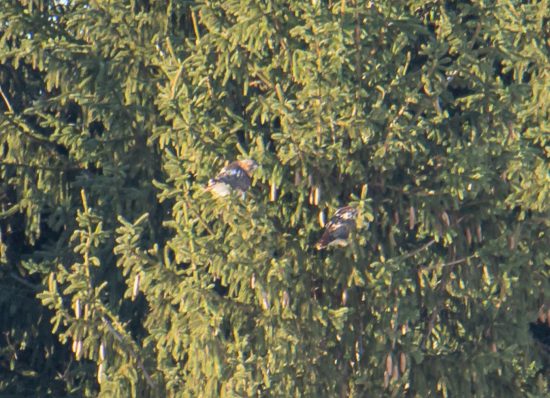 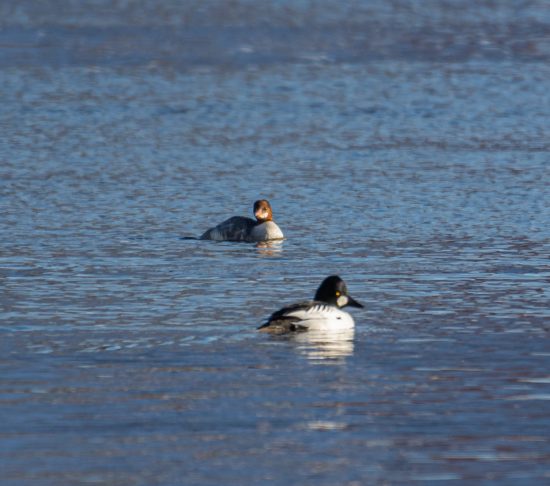 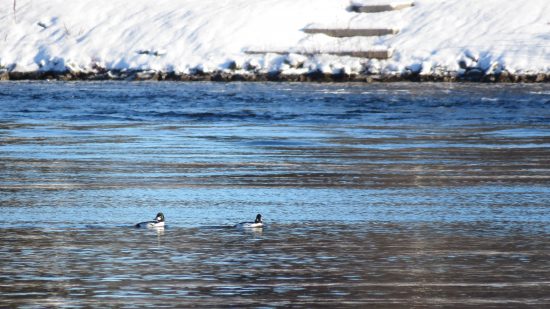 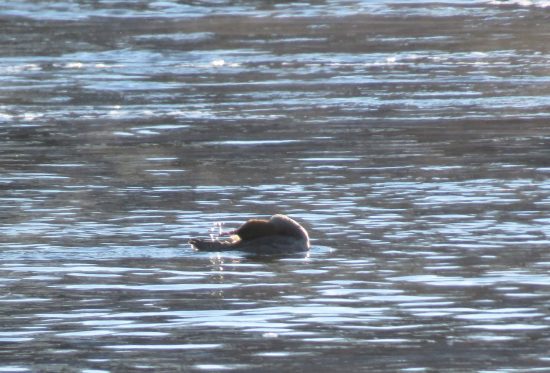 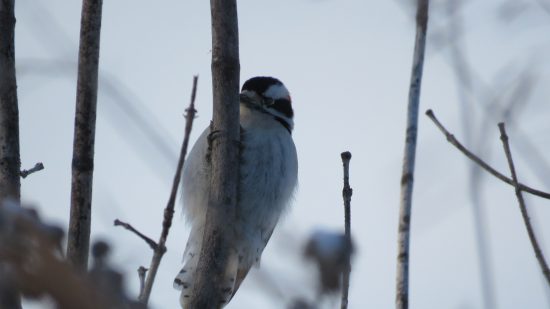 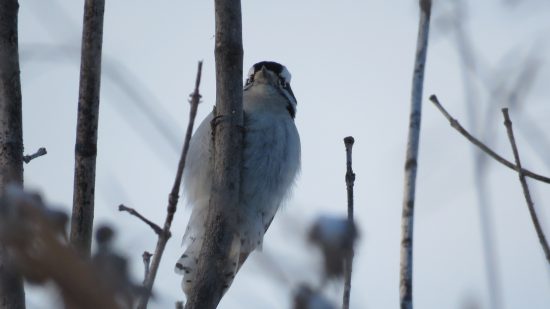