Great weather on Saturday November 7th for another wonderful MFNC outing.   This time to Gillies Grove in Arnprior.  We parked at the dead end on Ottawa Street near one entrance of the Grove.  Attendance per usual was extremely good and again we were lucky to have two leaders and split the group which allowed for greater participation:  One group followed Roger and the other, David.   Both Roger and David had prepared maps and other materials for the participants which were shared at the outset of the walk.

I think even the leaders had a good time.  Roger (and dare say most of the rest of us) had never been on an outing with a Happy Birthday chorus.  We came upon a little girl with her parents and a balloon and finding out it was her birthday, well…. Let’s just say that MFNC has some fine singers and hopefully a new little member down the road.  As for the trees, Roger stated “For me, once I absorbed the pines again, the happiest surprise was a couple of Yew bushes on the way out.  For me, they’re a rarity.”

Fall colours were dwindling and most comparison leaves were obtained from the forest floor.  (David seemed to relish in the ID challenges he put forward for us.)  Participants shared information and resources and engaged in active sleuthing to determine the differences in the leaf structure and the bark.

The participants of both groups reported learning “a whole bunch” about the trees in the Grove. One participant stated “We can now reliably identify yellow birch, grey birch, hemlock, and blue beech just by looking at the bark (something we sure couldn’t do before!)”  The largest White Pine in Ontario is located in the Grove and some very large Hemlocks were also noted.  Hemlocks will often stay relatively small until space in the canopy opens up at which point, they will shoot up to fill the void. Recent windstorms had however ravaged a few of them.  They looked like they were broken in half like giant pencils.

An incidental eBird list was kept.  When we arrived, the crows and jays were going a bit nuts so we surmised that there must have been some raptor around.  Owls have often been seen in the Grove.  We did not see what the fuss was about but did rack up 10 species including a late leaving Brown Creeper and both Red Breasted and White Breasted Nuthatches.

Again, Gillies Grove seemed to be a location that many people had not previously explored.   Some people on the trip were also interested to find out they live in the same neck of the woods and perhaps have started to develop a burgeoning friendship.   Hopefully Gillies Grove was found to be walkable and conveniently located.  Please check out the photos that were submitted to see more of our experience on this outing and get yourself out there for a wee visit as well.  It is a super lovely trail.

Thank you once again to Roger and David.   Thank you Participants.  Thank you, Mark for the link to your wonderful photos. https://markguzewski.smugmug.com/Around-Ottawa/Gillies-Grove/

Respectfully submitted and sorry for the delay in posting (fall birding and garden activities were calling), 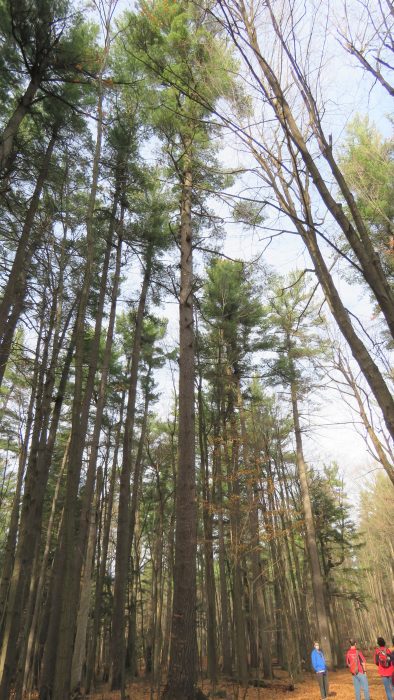 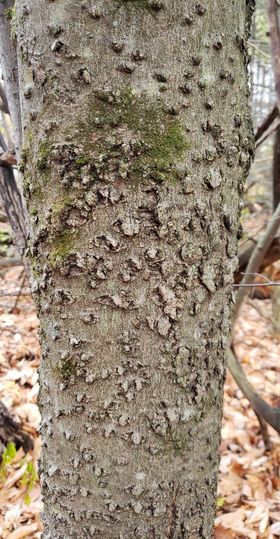 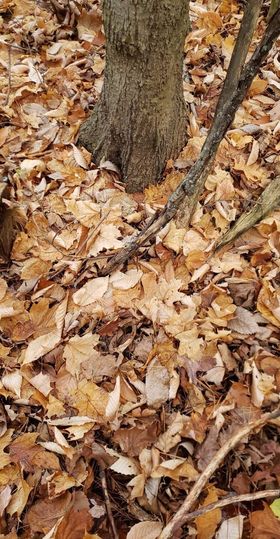 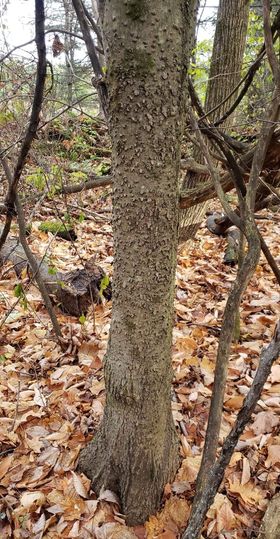 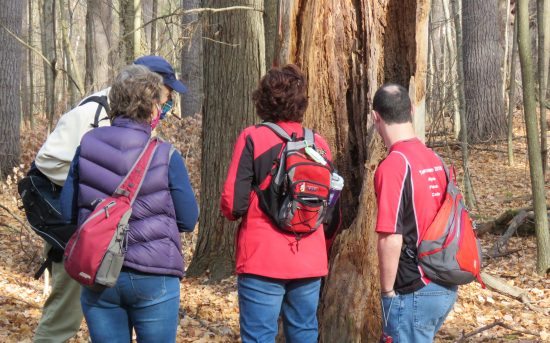 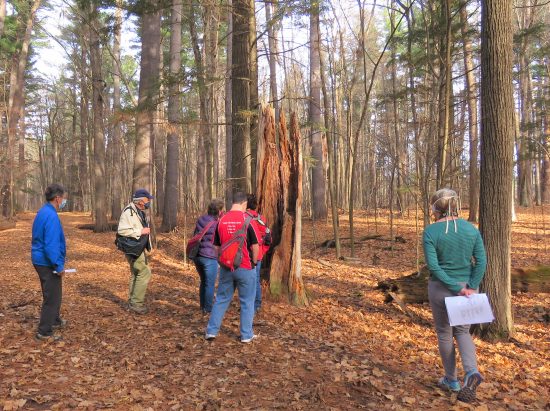 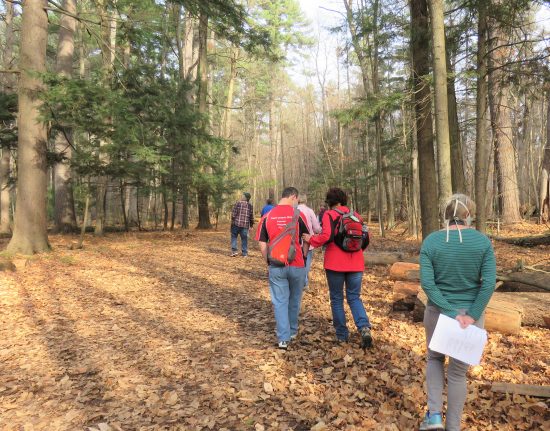 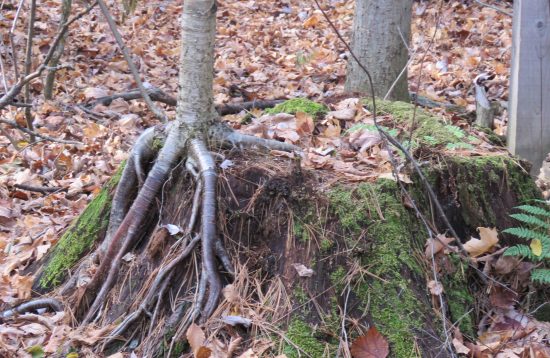 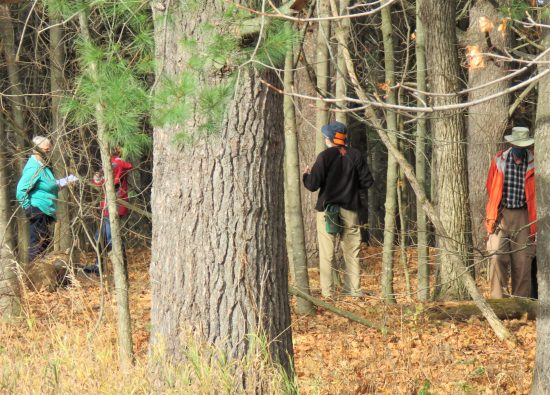 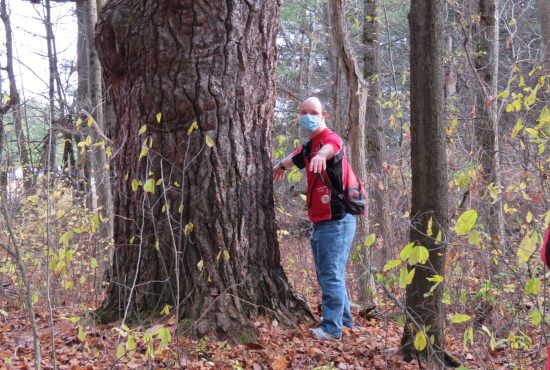 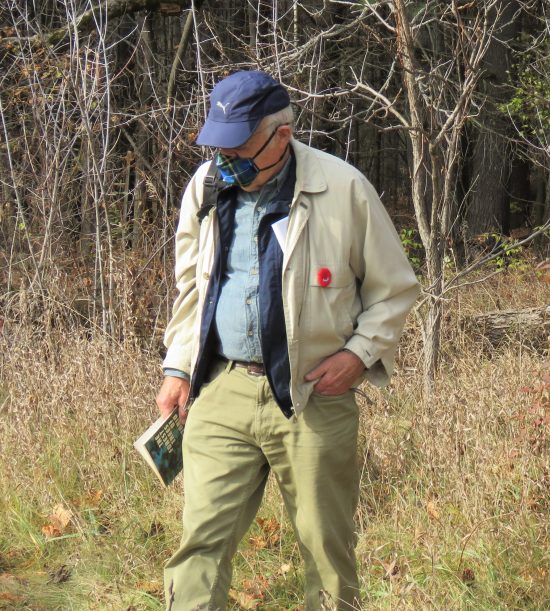 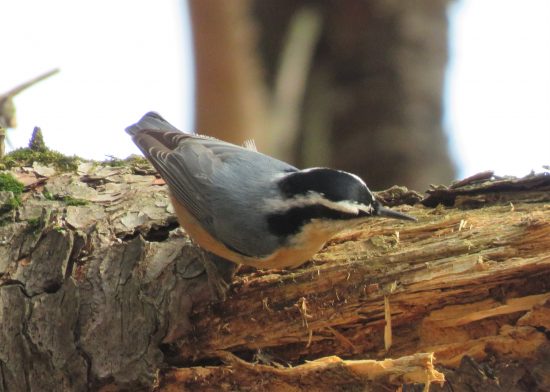 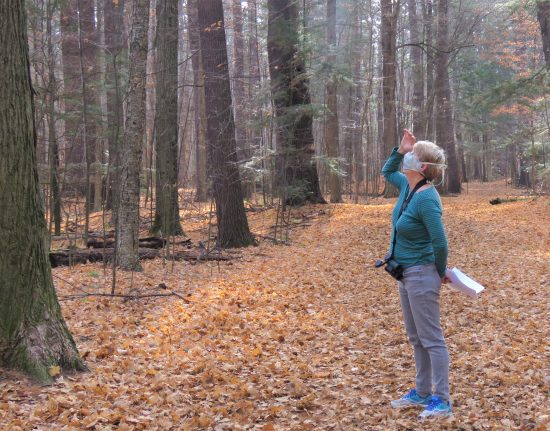 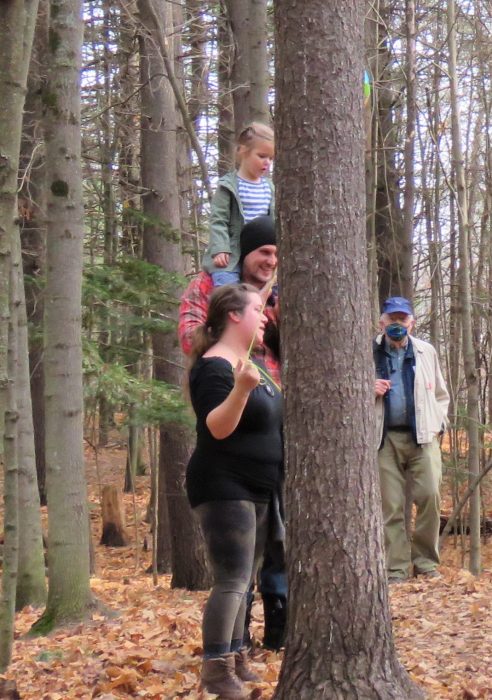 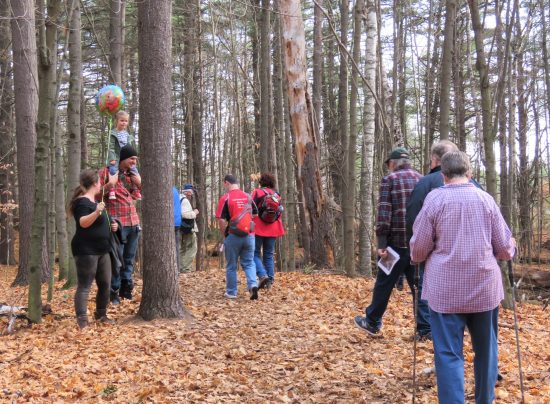