Well, after a cancellation for rain, the day before, (again, my weather magic is really gone), eleven club members had a wonderful, albeit a little chilly, outing at very scenic Pinhey’s Point to hear about and see the effects of geological processes in our area and beyond.

Jean, a retired geologist who spent her career with the Geological Survey of Canada and current the chair of the Canadian Association for the Club of Rome, began with an overview of the major geological time periods and an explanation of the geological processes which have shaped the Ottawa Valley and beyond.  Her wonderful maps are unfortunately no longer available thanks to a previous government’s lack of understanding of the importance of science education.  This fact provided an opportunity to discuss the importance of government policy on education in geology.

Some participants were well versed in the subject of Geology.  Others, not so much.  So, Jean answered questions which ranged from the well informed to the totally self-serving (Where are we most earthquake proof in Ottawa?) and had some interesting and funny experiences to share.  She also connected with a few people with whom she had professional acquaintances in common.

Some of us learned what was meant by a “type collection” (THE one representative example of the invertebrate or plant etc. to which other examples are compared), what causes earthquakes in Ottawa (they are due to ground rebounding from the weight of the ice sheets after they receded not tectonic plate movement like the San Andreas Fault), the importance of Lida clay and the consequences of ignoring the geology upon which we build structures.  Now I know why my daughter’s job of measuring the water flow in these areas is so important.

While walking the grounds, we examined the rocks and tried to determine which ones were Erratics versus decorative additions by the landscape planners.  We saw fossils and both saw the landscape of the Gatineau hills and imagined what it had been millions of years in the past.  Jean explained participants’ findings from the area and some that had been brought from their own properties.

All in all, while chilly, it was a very informative outing in a lovely location.

Thank you to all wonderful the participants.

Please enjoy the pictures attached to the blog. 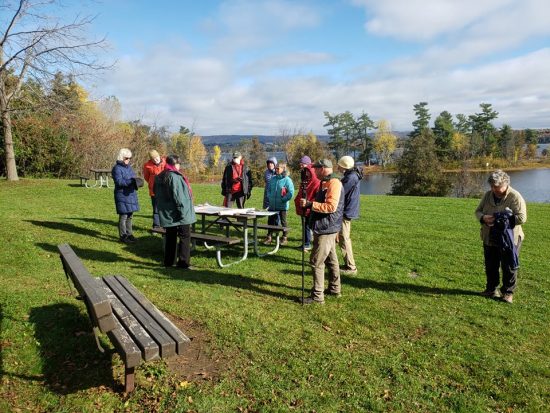 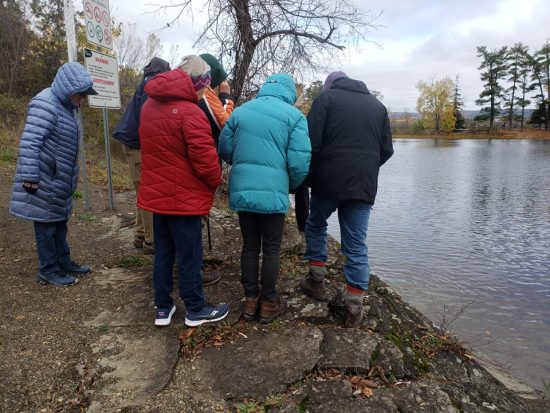 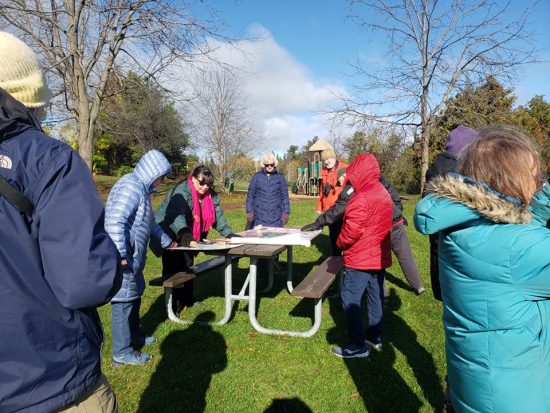 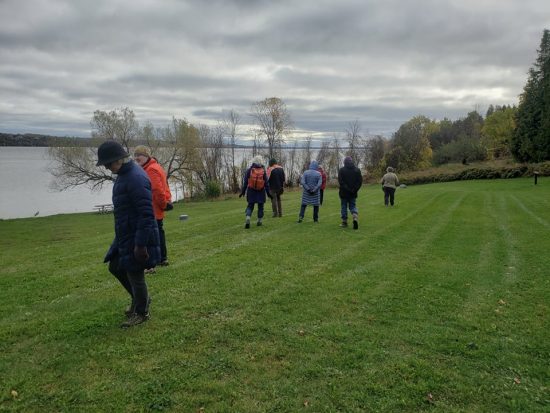 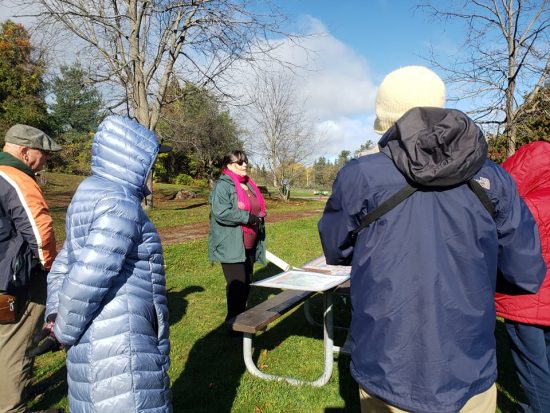 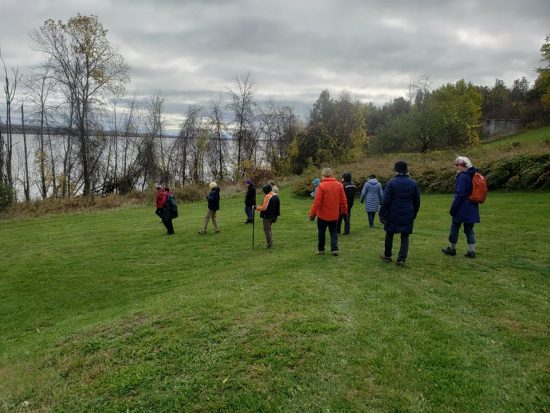 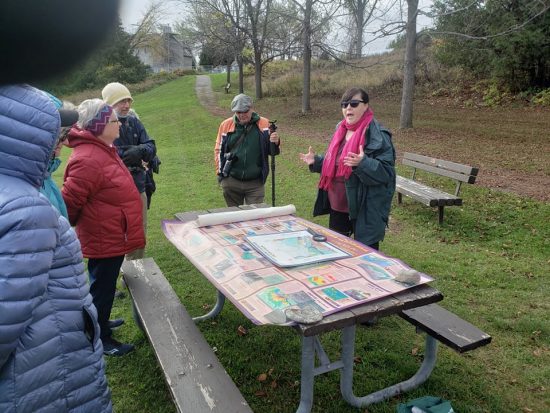 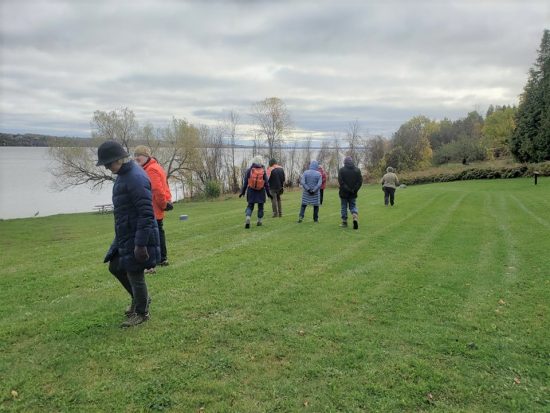 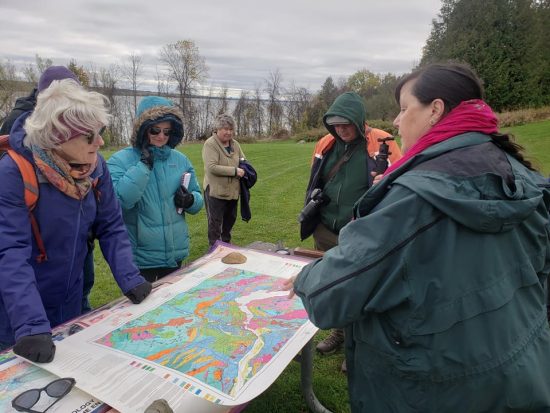 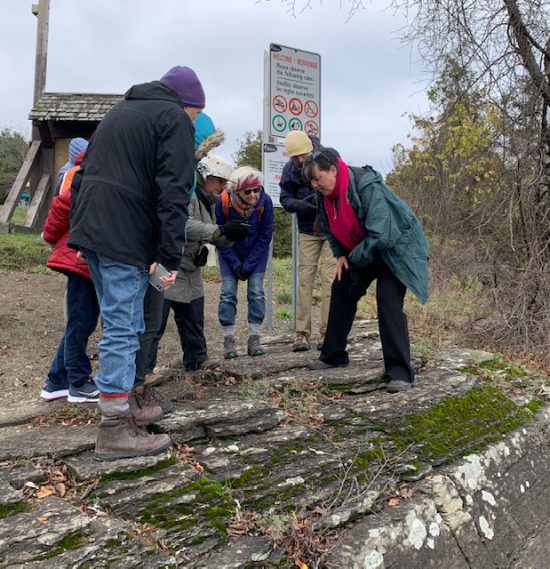 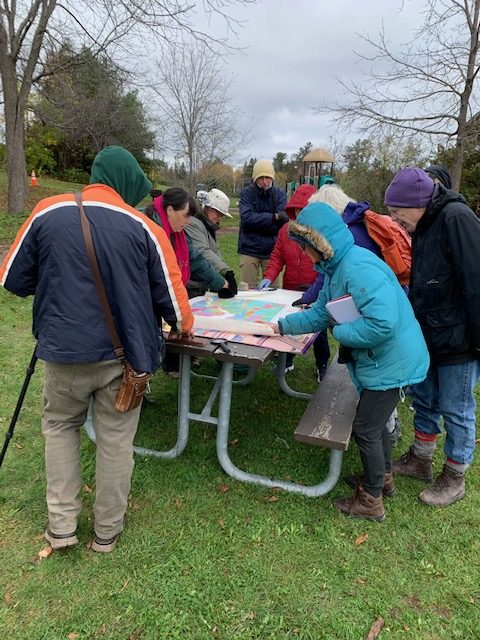 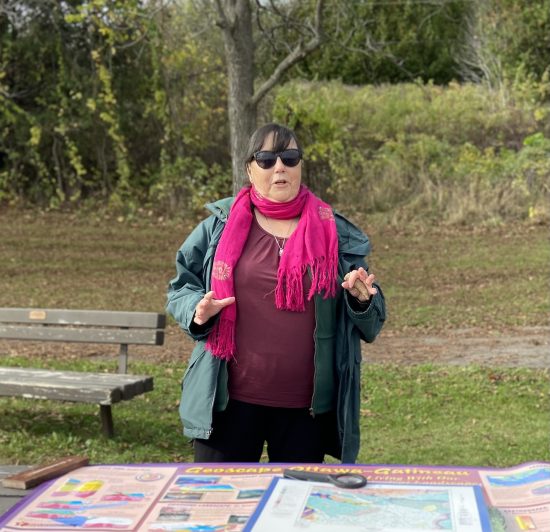 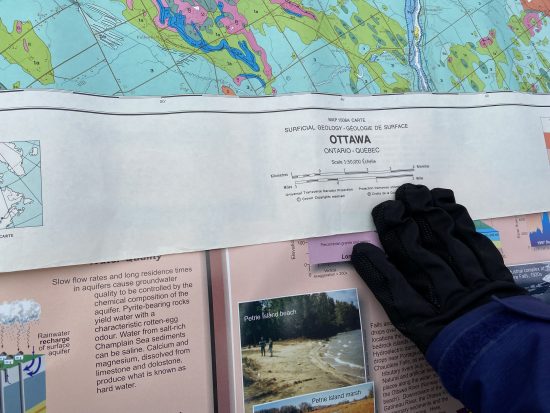 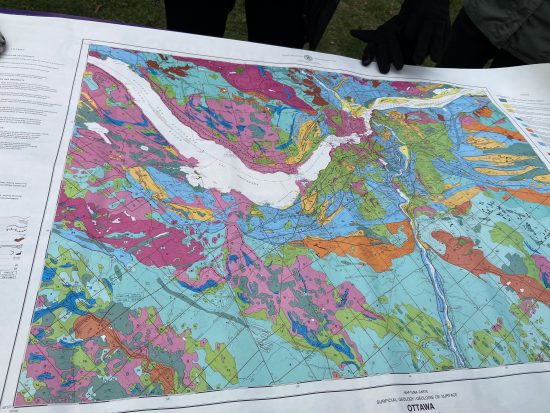 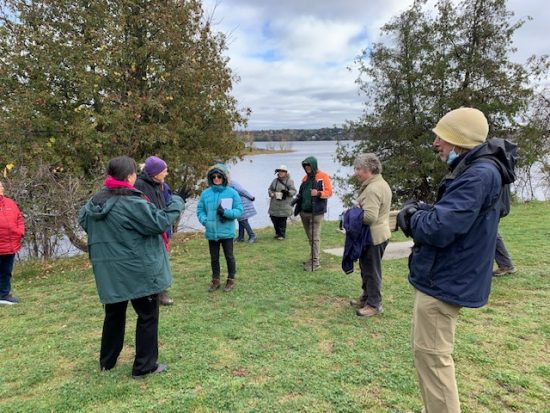 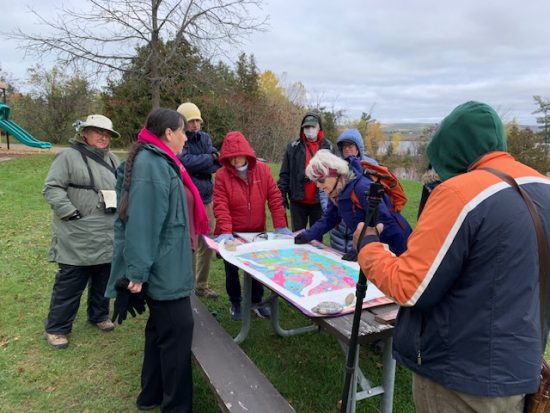